Hi friends! It’s been so long since I’ve written a post! My break from blogging/social media was much-needed and the honeymoon was amazing!!! I’ll write posts about it in the future. Andy and I arrived home to Kentucky on Monday evening. We spent the night at the Hampton Inn (and got $50 off the hotel rate– sweet!) and then did all the fun just-legally-married things on Tuesday morning.

I got my military ID! I was so excited to finally officially be an Army wife! It’s in my maiden name until I switch my driver’s license and Social Security card. I’ve already told Andy it could be a while before I get around to that. It doesn’t bother him if I keep my maiden name for a few more months. I do plan to take his last name once I have time to go to the SS office and DMV (and In-Processing again, ugh!), as innuendo-filled as it is 😉 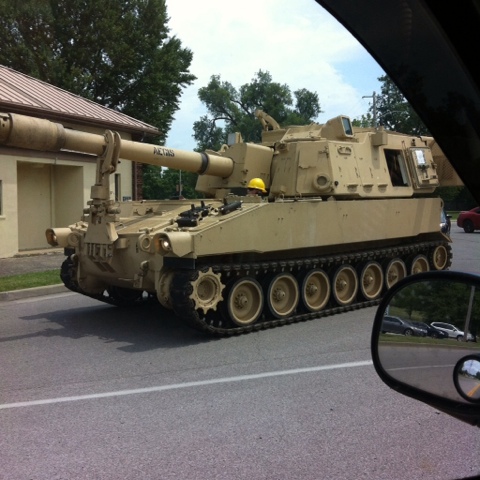 Also on Tuesday, we submitted our marriage license to Housing– we’re officially on the housing list and will have our on-post house at the end of July! We’re settling into an off-post apartment for the 5 weeks until we have our house. It was a little dirty when we moved in, so my sweet husband has been cleaning it (I have a very strong gag reflex and strangers’ messes is a trigger.) One of the benefits of marrying a soldier: he knows how to clean 😉 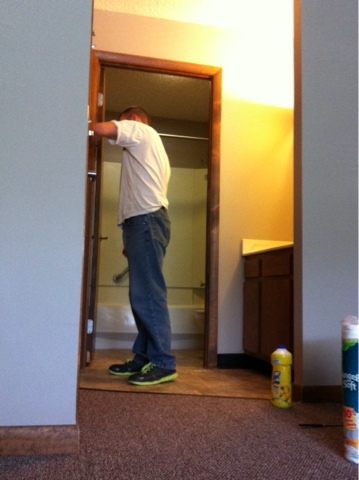 We went to Owensboro Tuesday night to pick up some wedding gifts that we needed for the apartment (like kitchenware), and Andy suggested I stay the night at my mom’s house instead of joining him at the apartment in Radcliff. He wanted me to spend time with my mom and Gracie and also said I would get a better night of sleep in my bed than on an air mattress. I have the best husband <3 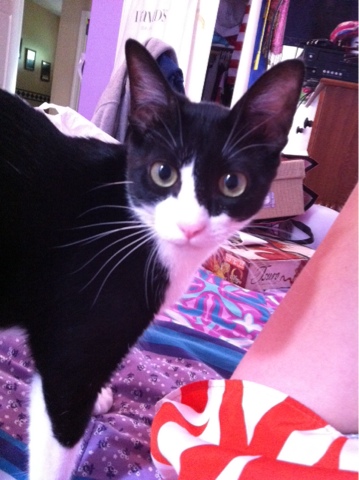 Oh yeah! One more exciting bit of news– I have a job interview for Monday morning. It’s an Admin Assistant position at the Louisville location of my HR job back in Owensboro. The pay is AMAZING ($16 an hour!!) so the 1.5 hour round-trip commute would be totally worth it. It’s a temporary job (6 months) but at this point I have to take what I can get. I’m struggling to get even an interview at Knox. I’ve been applying for HR Assistant positions on post for months now and apparently I’m qualified but not highly qualified because I don’t also have military spouse preference, according to the lady I talked to about the job. Because Andy PCSed to Knox prior to us getting married, I am not qualified for spouse preference which really sucks. I’m trying not to get discouraged about my job because I know it’s all in God’s hands.
So that’s just an update on life. We don’t have internet at the apartment yet, but I do have some more pre-scheduled posts coming up. Hopefully we’ll get internet tomorrow so I can finally read all of your blogs again!
Love,
The new Mrs. Cummins 🙂

I’m a Kentucky girl who fell in love with a soldier and packed up her life in the Bluegrass state to explore the world. I currently live in beautiful Bavaria, Germany with my handsome husband, Andy, our toddler son, Drew, and our cat, Gracie. Becoming Bailey is my happy space on the web where I share about our lives, Army adventures, and everything in between!

This website uses cookies to give you the most relevant experience by remembering your preferences and repeat visits. By clicking “accept,” you consent to the use of all the cookies.
Do not sell my personal information.
Cookie SettingsAccept
Manage consent

This website uses cookies to improve your experience while you navigate through the website. Out of these, the cookies that are categorized as necessary are stored on your browser as they are essential for the working of basic functionalities of the website. We also use third-party cookies that help us analyze and understand how you use this website. These cookies will be stored in your browser only with your consent. You also have the option to opt-out of these cookies. But opting out of some of these cookies may affect your browsing experience.
Necessary Always Enabled

Performance cookies are used to understand and analyze the key performance indexes of the website which helps in delivering a better user experience for the visitors.

Analytical cookies are used to understand how visitors interact with the website. These cookies help provide information on metrics the number of visitors, bounce rate, traffic source, etc.

Advertisement cookies are used to provide visitors with relevant ads and marketing campaigns. These cookies track visitors across websites and collect information to provide customized ads.

Other uncategorized cookies are those that are being analyzed and have not been classified into a category as yet.